Mr. Gaurav Gogoi is currently serving as a Member of Parliament representing the Kaliabor constituency of Assam in the Lok Sabha. He is a member of the parliamentary standing committee on defence and violation of protocol norms.
Prior to joining politics, he worked in the development and non profit space for ten years. After graduating from Indraprastha University in engineering, he worked in a non profit organization which sought to impact social justice through youth citizenship action. After four years of working in rural India, he went to pursue masters in public administration from the New York University. During his stint in the U.S, he worked as a policy aide at the Permanent Mission of India to the U.N.
Over the past few years, he has traveled across the state to listen to the aspirations of farmers, panchayat members, teachers, religious leaders, women and young people. He co founded Farm2Food Foundation with a vision to educate 3000 children about entrepreneurship in farming.
He also founded another organisation, the Youth Forum on Foreign Policy. It has conducted many policy seminars and bilateral/multilateral summits where young professionals learn about international politics and meet foreign diplomats.
His vision for Assam is a society which is progressive, willing to take risks, dream big and reward hard work. He wants to help build a state where young people believe they can make a difference, where villages are modern and self-sufficient and where towns are hubs of cultures and innovation. He envisions making colleges in to centers of research and industrial training and our government offices and hospitals famous for their efficiency and professionalism.He works to create a society where women become political leaders and public services are friendly for physically and mentally challenged people.This vision of Assam he believes is not a distant dream and  is possible to create through hard work and dedication. 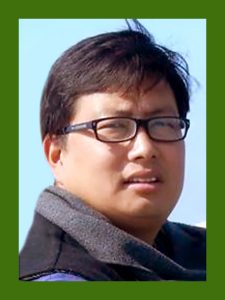 Deep Jyoti Sonu Brahma is working to reshape the negative attitude of young people toward agriculture by integrating learning model that provides children a hands-n experience to farming and the agricultural value chain, into the education system. Deep is repositioning farming as an aspirational career while simultaneously instilling entrepreneurial skills among children. He has over 17 years’ experience of working with adolescents, youths, teachers and minority &amp;#038; vulnerable communities across several schools, colleges, public and private institutes and community leader. He has been involved in envisioning exercises, design, development and implementation of various educational initiatives on teachers’ development, classroom processes, school development as well as capacity building of community and Community Based Organizations. He has conducted workshops on ‘Self-development’ for B.El.Ed students at Delhi University. He has worked with Government agencies like SSA, NCERT, DRDA, NRLM, NABARD, RSETI etc. He has conducted training programs on Continuous and Comprehensive Evaluation system for teachers in Assam, Delhi and Uttar Pradesh. He has been mentoring several young social entrepreneurs in the North East of India. He has contributed to the development of resource material on “Adolescent Development Program” jointly published by UNFPA and NCERT. He has served as Director – Adolescent Intervention and Program Manager – Youth Intervention at Pravah, Delhi. He worked as Program Manager &amp;#8211; Education at The American India Foundation, New Delhi. He did Bachelors degree in Psychology from Delhi University and Masters in Elementary Education from TISS, Mumbai. He is also UGC-NET qualified to teach in higher education institutes. He is a certified master trainer on design and facilitations. He is the co- founder and Executive Director of Farm2Food Foundation. He was awarded the prestigious Ashoka Fellowship in the year 2015 for his work. He practices Vipassana and is an avid traveler. 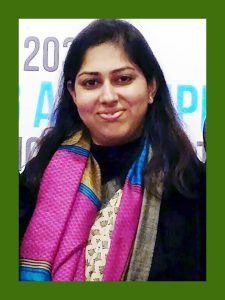 Kanika has been designing and facilitating transformational journeys for young people for more than 12 years. She has worked with Pravah and ComMunity – The Youth Collective where she headed the Youth Intervention Initiative and the Changelooms Programme. As a mentor to young social entrepreneurs she has supported the conception, launch, and growth of diverse change initiatives. She is on the board of several non-profit organisations across India. She has a Master’s degree in Social Development from the University of Sussex, prior to which she volunteered in the relief camps of Ahmedabad in the aftermath of the 2002 communal riots in Gujarat. Working with young people on different issues of social justice, and the adventures of parenthood are her two greatest passions and joys. Kanika is currently Director- Outreach at CYC. 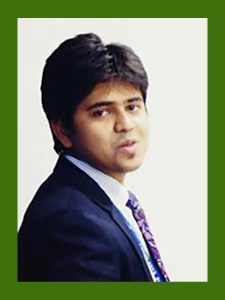 Gaurav is a lawyer currently practising at the Delhi and Gauhati High Court. His primary focus areas are taxation and commercial disputes. In the past, he has led Youth Forum on Foreign Policy, a initiative to promote substantive dialogue on foreign policy among India’s youth and has worked as Officer on Special Duty to Shri Gaurav Gogoi, Member of Parliament from Kaliabor, Assam. For a brief period, Gaurav worked as a research aide to a Judge of the Supreme Court of India. He holds BLS.LLB from the Government Law College, Mumbai. 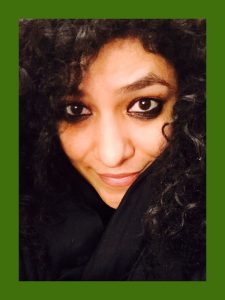 Neha cares deeply about issues connected with gender justice, conflict transformation, conservation, human rights and the arts for development. She has worked as a practitioner in the broad realm of social transformation from a rights based perspective for over a decade, having received her B.A. L.L.B from NALSAR University, India, and her Masters in Law from Columbia Law School, U.S.A.

Learning from and engaging with organisations such as IALANA, PNND, ICRC, UNHCR, Pravah, Bond Street Theater, the Human Rights Campaign, TARSHI, Welthungerhilfe and Rosa Luxemburg Stiftung – Neha has found that hope, imagination and empathy continue to flourishwhen working with young minds. She retains a soft corner for Alison Bechdel, ‘trust falls’, nature trails, puppies and has served as Board Member for Farm2Food Foundation since 2011. 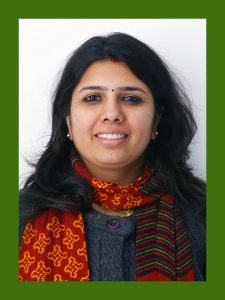 Nidhi has been working on the fields of entrepreneurship education for more than a decade. She has been mentoring you social entrepreneurs across the country. She was part of the first design and development team of Farm-preneur project at Farm2Food Foundation. She completed her Master’s in Business management from XIMB with special focus on finance and HR. She started her career in corporates but her real passion was in development sector. She joined Dastkar and soon She co-founded Dhriiti – The courage within. 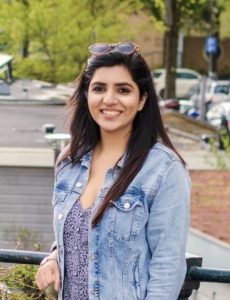 Swati Sahni works as a Senior Program Manager in Career Choice with Amazon in Luxembourg. She founded IvyPlus Network, a professional network of 20000+ alumni from the top global universities speak across 15 global cities. Prior to that, she co-founded Curozo, a career discovery platform for young people. She spent a decade working in the education policy space with the World Bank, UNICEF and the Ministry of Education in India. She has a Masters in International Education Policy from Harvard University, where she was a Fulbright-Nehru Scholar and Bachelors in Elementary Education from Lady Shri Ram College For Women. 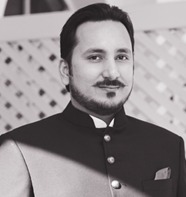 Samant Veer Kakkar is an instructor at United Nations System Staff College, Knowledge Centre for Sustainable Development in Bonn, Germany. He trains UN staff and key global stakeholders on topics related to the implementation of the 2030 Agenda for Sustainable and its SDGs. His focus areas include multi-stakeholder partnerships, policy coherence, digital transformation and the role of the circular economy for sustainable development.

Before he joined KCSD in 2017, he worked at the UNDP Headquarters in New York. Samant was as an early member of the team that pioneered India’s Unique ID programme – Aadhaar, used as a platform for benefit transfers, service delivery and financial inclusion for more than a billion people. He remains keenly interested in the role technology plays in solving public policy challenges.

Samant started his career in Brussels as an advisor on EU law. Before joining the UN System, he served as the chief of staff to the Director-General of India’s leading Economic Policy think tank, NCAER. He holds an LL.M in European Law from the University of Rouen in France and a Master’s in International Affairs from the School of International and Public Affairs (SIPA) at Columbia University in New York. 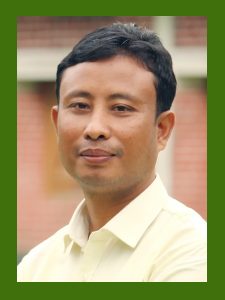 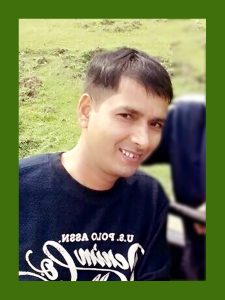 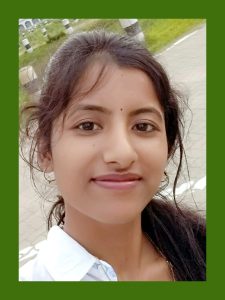 I completed my MA is Assamese from Dibrugarh University, Assam. I have been working at Farm2Food since 2018 as a field co-ordinator. I enjoy working with students and community members through the Farm-preneur programme. I have also learned a lot about farming, bio-compost preparation, compost generation, etc. 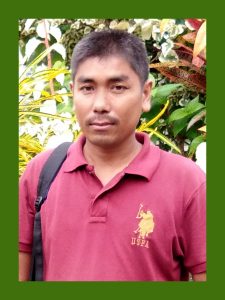 I have completed  B.A. from Dibrughar University and Diploma from ITI (DMC), Jorhat. I come from an agricultural background, and have been working with Farm2Food since 2016. Before that, I was working for inclusive education for 3 years. I love teaching and working with students. Working with Farm2Food has allowed me to do this, as well as improve my communication skills.